5th June 2017 - This one has been re-released more or less as it was, as there were no changes that I wanted to make. However, a zip version is included for HDD equipped Amigas. 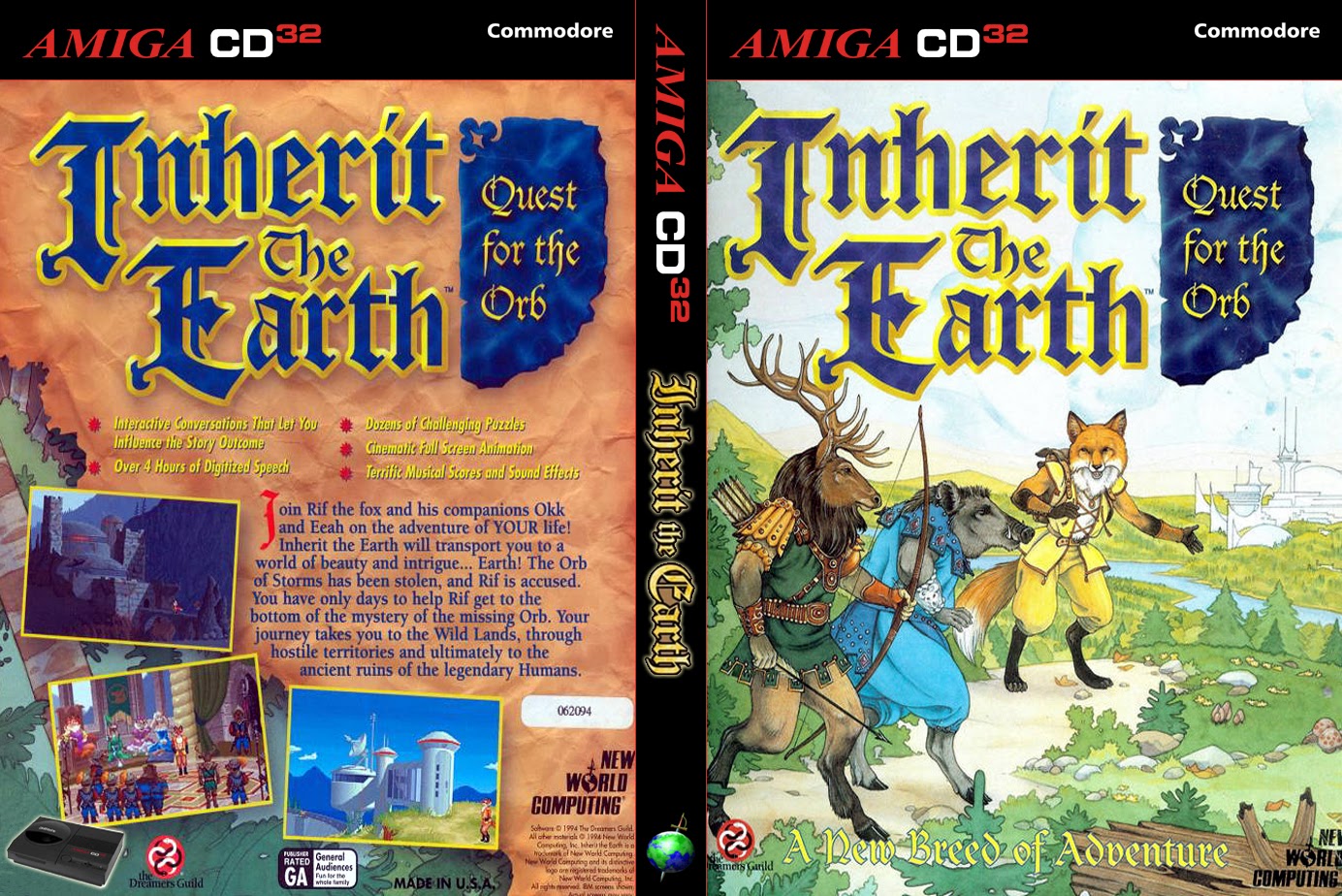 Something of a holy grail for us is the uncovered English language version of the adventure game "Inherit the Earth". This charming adventure game featuring furries anthropomorphic animals was already released for the Amiga in German but (to the best of our knowledge) the unreleased English version has never been on the Internet - until now.

This is largely the same to what appeared on an Amiga Future cover disc several years ago but with a few changes:
Given that this is an unreleased beta version, I had to give it a full playthrough with walkthrough (on a real CD32) before publishing it here. I'm happy to say that this appears to be the complete game, all of the gameplay appears to be intact and it's all in English, both text and voices from start to end.

There are some issues though - movement is often sluggish, the "use" command sometimes misfires (eg it attempts using the object on itself when you wanted to use it with something else on screen), and I had no less than two full crashes and one fatal bug (in all fairness this could just be because of misreads from my CD32 drive). Make sure you safe often!

Some other things to note:
There are also two executables on the disc for playing from an HD equipped Amiga, both an AGA and ECS version. However, given that the voices file is over 200mb you're either going to need a CD-ROM or a decent hard drive!

(Edit: I've received confirmation that this works just fine on an A1200 with a compact flash "hard drive" and a Blizzard accelerator card, as well as a 4mb ECS A600 with cd rom)

(As a side note, a modern version of the game is available from Wyrmkeep, GOG and Steam. Also the game inspired a sequel web comic that's been running for ten years!)