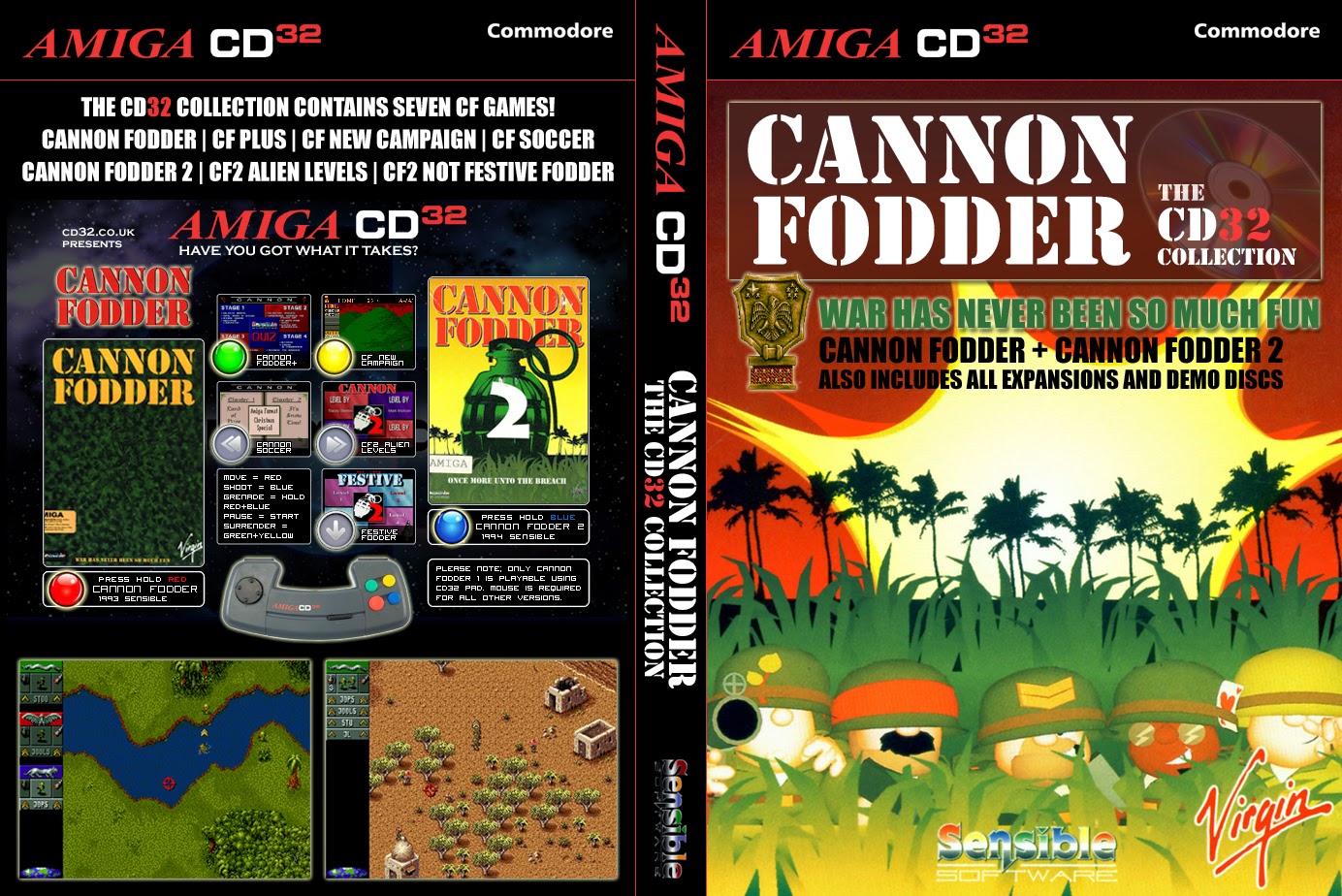 Update. Latest release uses full freeware version of WHDLoad so that all Cannon Fodders can be loaded on FastRAM equipped CD32s.

Cannon Fodder and Cannon Fodder: The New Campaign use original (non WHDLoad) CD32 version now, so saving is possible on those two games again, though there's now a warning that saving will wipe all of the other games in NVRAM. Note that they share the same CD32 save slot, so progress in one will also count in the other.

Every Cannon Fodder game on Amiga!

With the exception of the original game and the new campaign, all of these require a mouse. If you want to be able to play them with a gamepad I recommend looking into Kipper 2K's PSX Adapter, it features a mouse mode that works with the games perfectly. 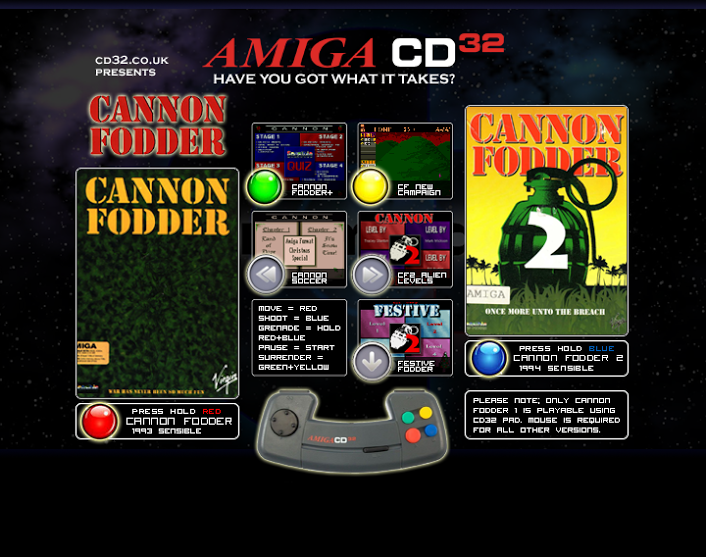 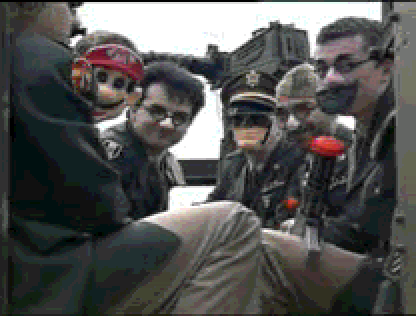